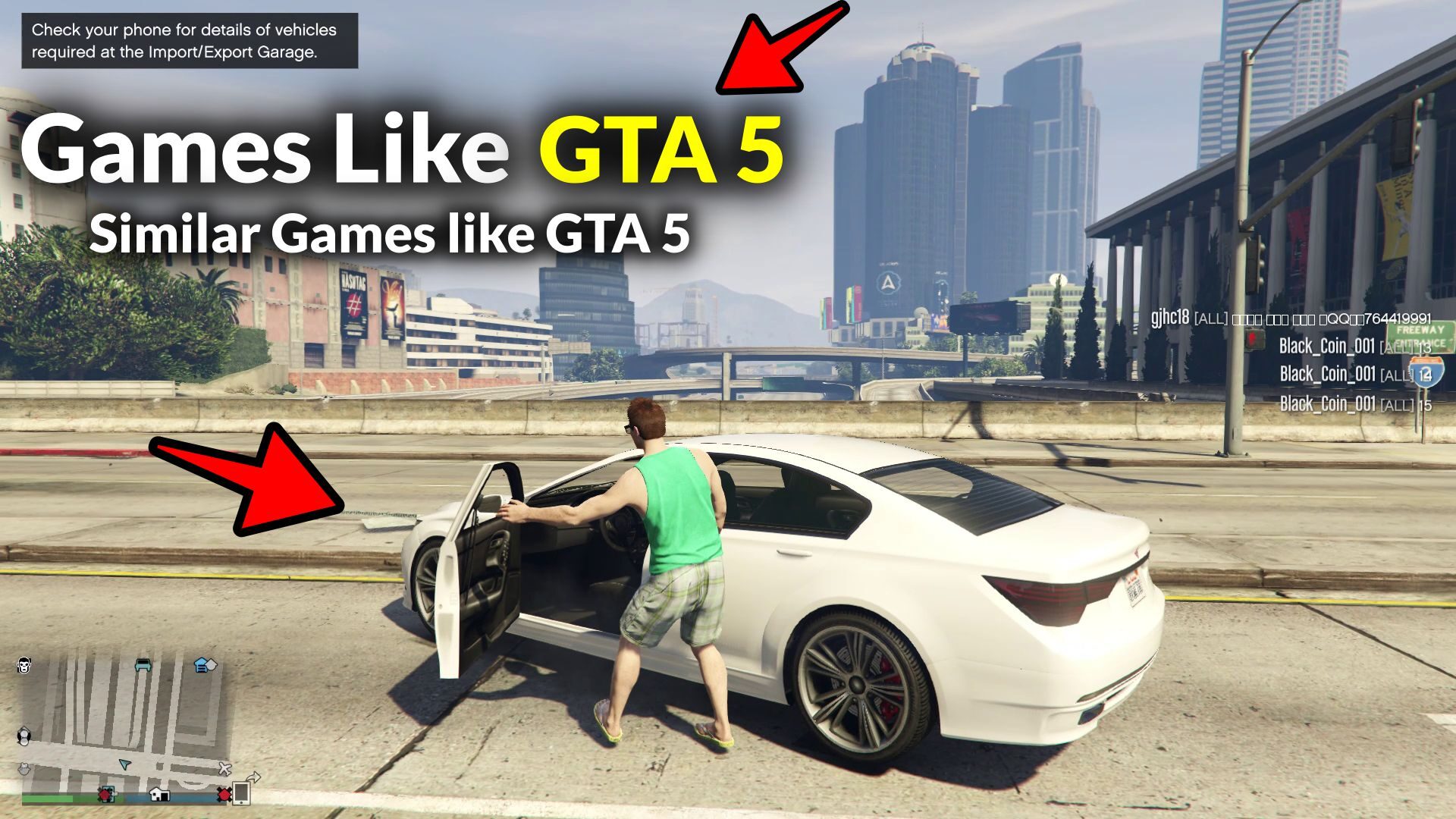 Below I have listed the 15 best games like GTA 5 which is almost similar to GTA 5 game. You can check all these games. GTA 5 is an Excellent Open World Game as we know which is developed by Rockstar Games but if you have played GTA 5 and want to play some other games, or if you have not played GTA 5, or if your PC is not compatible with GTA 5, then you can try all these games which are listed below.

Grand Theft Auto IV is the sixth (6th) game of the Grand theft auto series, it is published by Rockstar Games, it is open world game like GTA 5, GTA 5 is the 7th main game in the grand theft auto game series. You can play multiplayer also in GTA 4. The Latest Edition of GTA 4 is GTA 4 The complete edition. You can easily Buy GTA 4 The Complete Edition from any online store like epic games, steam, etc. Like GTA 5 there are many story missions in GTA 4, you can complete them one by one, or you can freely roam the full city after doing some missions. Without completing some missions, you can’t freely roam the full world because some cities are not unlocked without doing some missions.

You can Play this game on the following platforms –

All these 3 games are open-world games and are in the series of GTA games.

When you go for buying any one game, then it is not possible, you have to buy the GTA trilogy ( three games are compulsory to buy because the GTA trilogy comes with a pack of 3 games.)

After buying the GTA trilogy, you can download any game from the pack of 3 games according to your need and interests.

For example – You can download only GTA San Andreas Definitive Edition and you can start the game on your PC.

You can Play GTA trilogy games on –

Saints Row is an action-adventure video game, it is the fifth game in the series of Sant Row games. Single-player and multiplayer are available in this game, it is an open-world game third-person shooter video game. Freely you can roam, drive, etc like GTA 5.

Mafia III is a 2016 action-adventure open-world video game developed by Hangar 13 and published by 2K Games. it has only a single-player mode. means there is no multiplayer option in the game.

There are many other games of Mafia. includes –

Previously, only the normal version of Mafia III is in the market but now it has been changed with their remastered edition/Improved edition ( definitive edition)

There are many games of Mafia in the market but Mafia 3: definitive edition is good in all aspects because it is a remastered edition & latest game if we compare it with Mafia 1, and Mafia 2.

You can run this game on –

Both multiplayer and single-player option is available.

you can play this on –

It is an action-adventure third-person video game in the open-world style which is developed by Ubisoft Toronto and published by Ubisoft. This game is based on London city. In Watchdogs legions, you can roam everywhere in the world of Watchdogs legions game like GTA 5, you can drive, and stole vehicles, you can also fly drones and by using other high-tech gadgets you can hack anything in the game. You can play multiplayer or Story missions like GTA 5. Multiplayer is also available here along with single-player mode ( Story missions).

You can play on –

Just Cause 4 is the fourth game in the just cause game series. it was released in 2018. In the open world, you can roam anywhere.

In this game, you can drive vehicles, fight with guns, hack any people’s cellphones, steal vehicles, etc, freely you can roam, and drive like in GTA 5 in the open world. There are many missions also. Missions are also interesting.

Sleeping Dogs: Definitive Edition is a remastered version of Sleeping Dogs. it is an open-world game. Sleeping dog game was published by Square Enix in 2012, and their definitive edition was released in 2014.

Sleeping dog definitive edition you can download and play on —

it is an action role-playing game in the open world, it is developed by CD Project Red and published by CD projekt. Initially, it was released in 2020 for PS4, stadia, windows PC, and Xbox one.

This game is also released for other platforms like the Xbox series, and PS5 in 2022.

in this game, there is an open world in which you can roam, drive, and fight like in GTA 5. Also, the graphics are also good like GTA 5.

But in this game, there is only single-player mode, which means you can complete story missions or you can roam anywhere in the world of the game.

Both Single player and multiplayer options are available.

Game based on ancient civilizations when we were using horses, and other animals for traveling and when most countries are non-democratic.

You can Play on –

Tom Clancy’s Ghost Recon Wildlands is a third-person tactical shooter video game in which you can drive a vehicle also like GTA.

Released for Many platforms –

It is open world third-person shooter video developed by  Deadline Games and published by SCi Games. There are many missions in the Total overdose game, either you can do missions or you can roam in the full world of total overdose. The missions and story are very interesting, you can definitely try this game, you definitely like it. It is a very old game, released in 2005 but if you have not played it yet, then you can try it. The style of Shooting is the same as the Max Payne game series, but max Payne is not an open-world game.

you can play this game on –

it is also an open-world-like game similar to GTA 5, L.A. Noire is an action-adventure game developed by Team Bondi and published by Rockstar Games. It is released in 2011. Initially, Graphics was bad but now its remastered edition is available to buy in which graphics are now very good like other present games.

The story of this game is about stopping crime, but in GTA games, stories are about crime and non-crime also. This means LA Noire has detective-type stories. After doing missions you can roam anywhere. Also between the mission you roam but with some limitations.

State of Decay 2 is a survival video game. You can roam, drive vehicles,etc.  It is developed by Undead Labs and published by Xbox Game Studios.