Home Guide how many missions are there in IGI 1 Game? 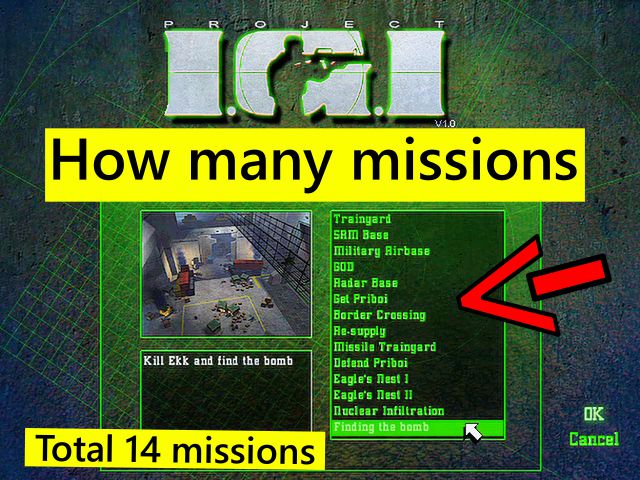 Do you know how many missions are there in IGI 1 Game? : – Total 14 missions are in IGI 1 PC Game. All missions are very interesting and have a lot of fun. Each mission is not tough but in the IGI2 game, missions are really very tough, even I complete single missions with multiple times death but one feature supports you in completing each mission of the IGI 2 game more easily that is – you can save the game in the middle of a mission.

Don’ take IGI 1 game missions in easy because some missions are very easy and some missions are challenging or hard to complete even after doing setting of the game to the low level. Also, there is no feature of saving the game in the middle of missions, which means the game does not start from there, from the point where your character dies. Overall Game missions of the IGI 1 PC game are very nice. According to me only, I like IGI 1 over IGI 2 because the graphics quality and controls and the overall looks of IGI 1 is very good.

Also, read – How to Unlock all missions of IGI 1 Game